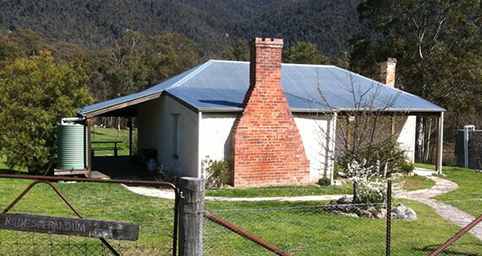 Nil Desperandum (above),  meaning never despair, was the last freehold land in the area to be resumed in 1988. The short Eric and Elsie Blewitt track pays tribute to one of the families that lived there. The track takes in the camelia grove and eucalyptus distillery (below). Work on the homestead’s kitchen can be seen below. 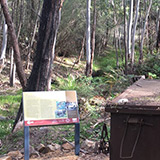 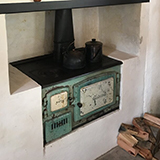 This heritage listed homestead is a pisè construction. It is a cheap building technique introduced to Australia in the 1820s. First a timber mould is constructed on top of a stone or brick base layer and then earth is poured in at 10 – 15m thick. This is rammed into the mould until it is hard. The building can be used as soon as it is erected, however the walls need to dry for several months before they can be rendered, which protects the walls from moisture. It became part of the Tidbinbilla Nature Reserve in 1991.

Nil Desperandum suffered fire damage in 2003 and the pisè homestead was restored with some patching and re-rendering as similar as possible to original materials. It is now used for short stay accommodation.