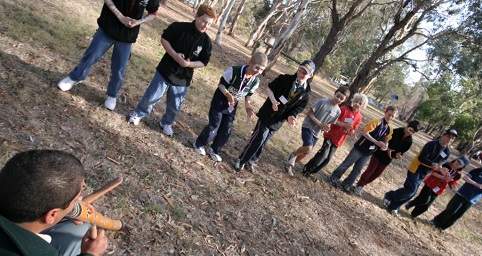 From the Canberra and Region Visitors Centre at Regatta Point travel along Barrine Drive under Commonwealth Bridge and turn right to join Commonwealth Avenue again in a northerly direction. Take the first exit onto Parkes Way then after the tunnel exit left onto Lady Denman Drive. In 2km on the left is the Cultural Centre. 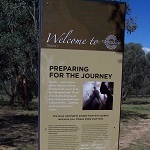 Yarramundi Reach, as it is known today, is situated on what was once the banks of the Molonglo River. The favoured corroboree ground was in the foothills of Black Mountain, very near to this site. The ACT Aboriginal and Torres Strait Islander Cultural Centre is a unique piece of Canberra’s history. Originally the temporary home of the National Museum of Australia the site was handed to the ACT Government for an Aboriginal and Torres Strait Islander Cultural Centre in 2000. It is a perfect location for hosting events such as meetings, conferences, workshops and other private functions like weddings, promotional stalls, small scale musical performances, and Christmas functions. The Burunju Aboriginal Art Gallery is open Monday to Saturday.

William Davis Wright, who grew up with local Aboriginal children in the 1840s and 50s recorded this account of the significance of this site:

‘From many conversations I had with various members of the tribe I got to know them and their customs pretty well... Their corroboree ground was at Kamberra...where the Administration Offices are now erected at Acton...It served also as their general and best known meeting place. It was an ordinary sized tribe, between 400 and 500 at the time of the first white settlement. In their nomadic style of life, always on the move, they carried their weapons with them...’

Time to get there:
10 minutes from Visitors Centre