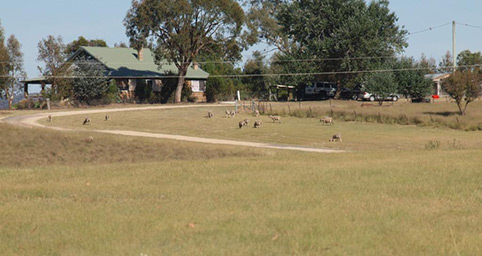 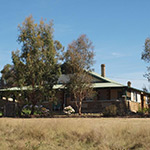 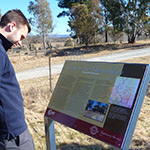 From the Visitors Centre drive south over Commonwealth Bridge, around Parliament House then take the left turn after the Royal Australian Mint exit onto the Cotter Road overpass. Turn left onto Tuggeranong Parkway and remain on this road for 12.5 km. Turn right into the 2nd Athllon Drive entry. Take the third roundabout left into Don Dunstan Drive then right into Pine Island Drive.

As part of the Murrumbidgee River Corridor, Pine Island is a popular barbeque and picnic area of 32 hectares. Trails lead from Pine Island along the river 8 km up to Kambah Pool. Halfway along is Red Rock Gorge, which is marked by brown, grey and red sediment layers caused by the oxidation of the iron rich rocks.

Pine Island was a soldier settler property. Eligible returned service men and those who had volunteered for overseas service were invited to make an application for land. The selection process took place over two days in March 1920, during which the lands at Jerrabomberra and Tuggeranong were allocated, including Pine Island, which was allocated to Darcy Thompson.

The driveway to the Pine Island Homestead is just before the grid into the Reserve. Although the homestead is closed to the public, a short walk along the equestrian trail and fence line will provide a view of this soldier settler property.