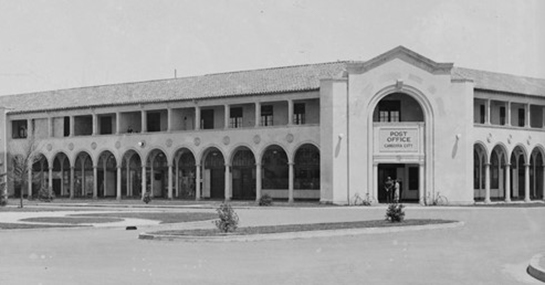 As the earliest major development in Civic, the Sydney (above) and Melbourne Buildings (below left) continue to be landmarks in the City. A close up of three of the 52 colourful hand carved wooden horses on the heritage-listed Merry-go-round (below centre). Located in Ainslie Place between London Circuit and the Canberra Times Fountain outside the Canberra Centre is the ACT Honour Walk. Every two years additional plaques are added and the people or organisations that have made significant and sustained past contributions to the ACT are recognised (below right). There are eight Canberra Tracks signs at each inside corner of the Sydney and Melbourne Buildings. The stories and photos on these panels reveal details on their design and construction, its official opening in 1927 by Prime Minister Bruce, the early businesses, the days of prohibition, the first bus routes (just two) and the courtyards. The longest standing lessee in either building was the Commonwealth Bank.

At the intersection of Petrie Plaza and City Walk is the 1915 Merry-go-round, which was bought for Canberra in 1973 for $40,000. It opened for business on Canberra Day 1974. The name of each horse is painted on the horse's neck and at the rear of each saddle is a carved and painted gargoyle-type head. Three of the horses however, were never named. The horses have horsehair tails, leather reins and stirrup straps; and stainless-steel stirrup irons. There are also two elephant carriages that you can enjoy!

A list of recipients of the ACT Honour Walk dates from 2005 and acknowledges people from many different fields of expertise who have made significant and sustained contributions to the ACT. Past recipients have been artists, architects, sportspeople, scientists, businesspeople and community leaders.