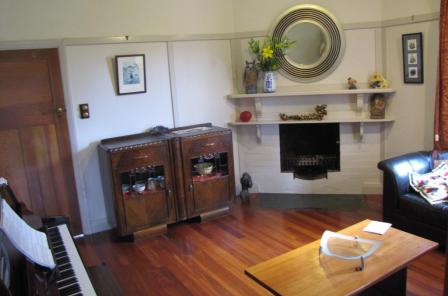 This delightful interior is in a house in Lister Crescent which is one of the four crescents leading to Corroboree Park.

The dominant Italian Cypress line both sides of the heritage-listed precinct of Alt Crescent (below left). 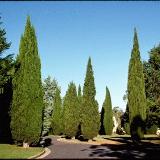 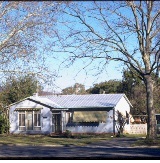 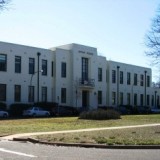 In Ainslie there are three heritage precincts (Wakefield Gardens, Alt Crescent and Corroboree Park) which demonstrate the Garden City planning philosophy which underpinned the early planning of Canberra. Landscaped parks and avenues of trees merge with private gardens in this beautiful residential environment below the backdrop of Mt Ainslie. Ainslie has heritage places ranging in date from before European settlement to the foundation of Canberra. It is named after James Ainslie, who camped on what is now Corroboree Park with Robert Campbell's sheep in 1825, before selecting land which became the Duntroon estate.

Social planning of the 1920s meant senior public servants lived in the superior south, with their middle-range counterparts in inner suburbs like Reid and working classes in enclaves further out. Bureaucrats believed cheaper timber cottages deserved to be more out of sight but the architects designed them with flair. The inhabitants were proud to live in the place they called 'weatherboards'. The Beaufort House (above centre) is a rare example of a prefabricated steel construction house intended for mass production.