The Shumack clan are one of the early European families to settle on the Limestone Plains. The site of one of their properties, Toll Dale, is near the tennis courts on Boronia Street, with their former dam central to the adjacent O'Connor Wetlands. Four generations of Shumacks including 100 year old patriarch John Shumack, were present at the sign’s unveiling (above).

Follow the Old Weetangera Road on foot or by bike, starting at Dryandra Street (below left). Tocumwal (below centre) is an interesting group of low-cost prefabricated houses built here after World War II. The 13th Canberra Scout Hall demonstrates a clever reuse of a building when construction material was scarce (below right). 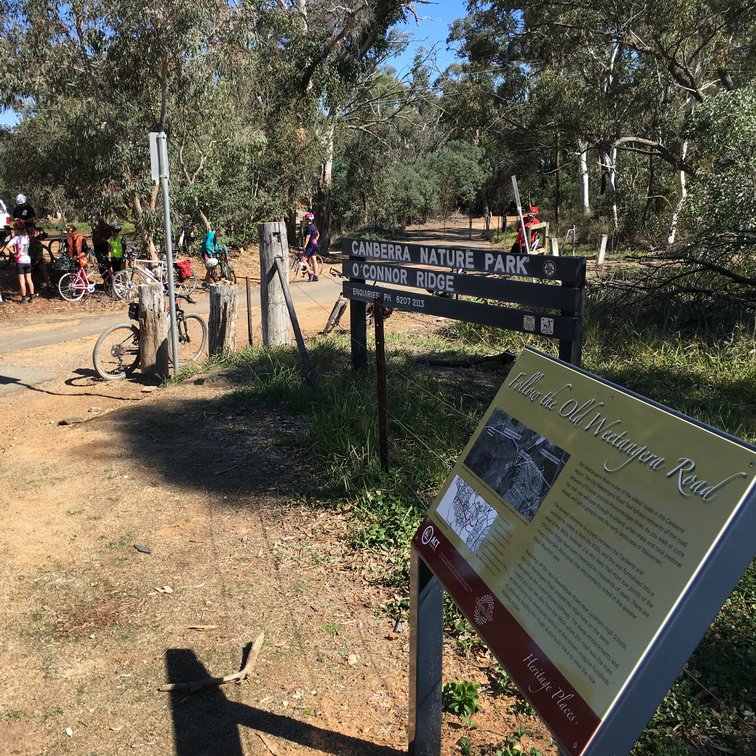 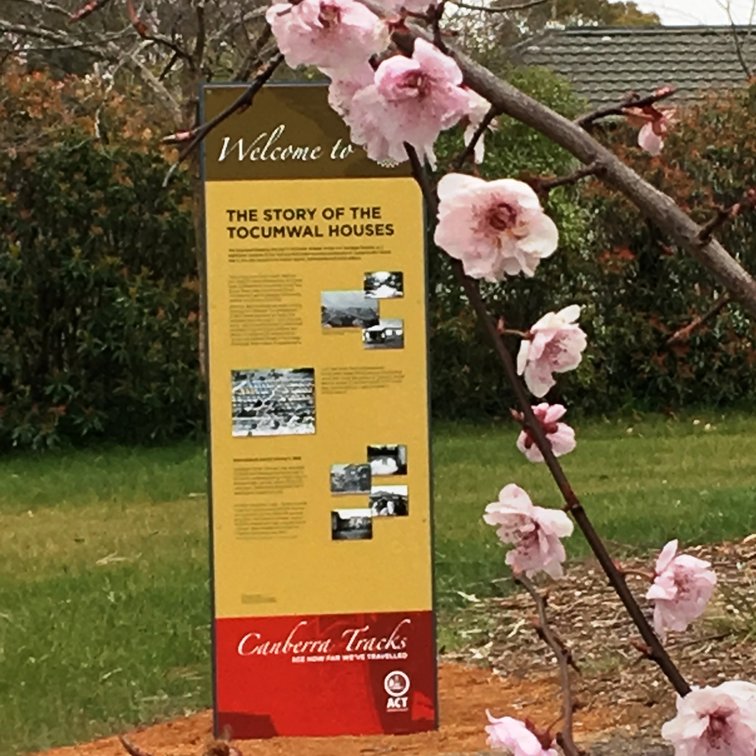 The Tocumwal Housing Precinct was originally built for US Army Air Corps based at Tocumwal in the Riverina. The cottages were initially arranged in eight cul-de-sacs in O'Connor sharing common access to a community recreation area. Its urban planning, landscaping and social history makes it unique in Canberra.

Outside this precinct there is signage along Old Weetangera Road which was first referenced in 1830. It is 11km long and comes with a colourful history.

Since its relocation to its current site in Hovea Street in 1961, the 13th Canberra Scout Hall is one of only three timber community halls within the ACT dating from the 1920s.

The sign at Toll Dale focuses on the four properties in O'Connor and Lyneham that this branch of the Shumack family owned. Toll Dale, Fern Hill, the Canberra Inn and Hawthorne Cottage were all resumed by the Federal Government in the early 20th century to make way for the building of Canberra. Only Old Canberra Inn on Mouat Street remains.

The suburb of O'Connor was gazetted in 1928 and named after Richard Edward O'Connor (1851-1912). He was one of the founders of the constitution and a high court judge in 1903. The streets have numerous themes: Australian flora, legislators, pioneers and explorers.