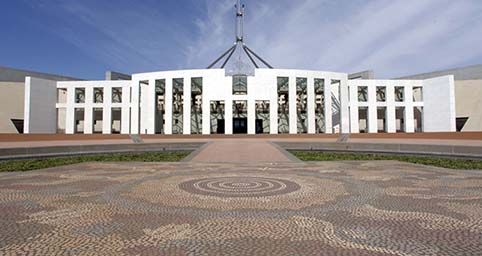 Drive down Red Hill Drive, which becomes Melbourne Avenue. Take this road straight across into Parliament House. Follow the road around to the front of the building and use the underground parking. Parking is free for the first two hours weekdays and free weekends and public holidays.

From the Canberra and Region Visitors Centre, cross Commonwealth Bridge. Move to the inside lane and head up Capital Hill. 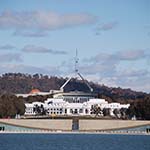 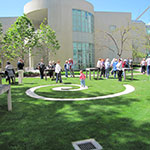 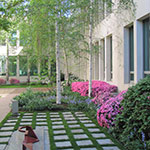 Lord Denman, the Governor General, laid the foundation stone here on Capital Hill to mark the inauguration of Australia's federal capital in 1913. In acknowledgement of the six states forming the federation, most of the avenues that radiate from Capital Hill are named after the state capitals. Track 3 ends here at Parliament House, the reason for Canberra's foundation.

The city's place names are a rich evocation of Australian history. Aboriginal and pastoral history is recalled in the names of Canberra and the suburban centres of Belconnen, Gungahlin, Tuggeranong and Woden. Each was the name of a 19th century homestead. Mt Ainslie was named after James Ainslie, first overseer of Duntroon Station. The Commonwealth Government invited Australians to suggest a name for the new federal capital. Many submitted comic amalgams, such as 'Kangaremu', 'Sydmelperadbrisho', and 'Gonebroke'. 'Canberra', declared in 1913, was a popular choice, having long been in local use.