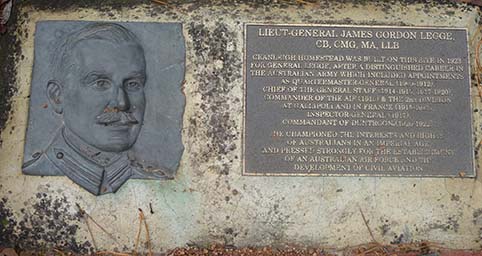 This plaque is near the sign installed at a large undeveloped block here in suburban Latham. 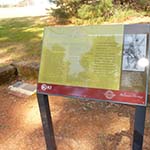 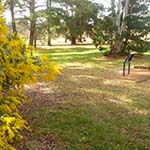 This large block in Belconnen reveals traces of earlier European settlement. While the house no longer exists, neighbours pick apricots and olives from the remains of plantings by the soldier-settler General Legge.

At age 62, Legge established Cranleigh after his retrenchment. Despite attempts to raise pigs, grow potatoes and graze cattle, he was not successful. His deafness in later years caused him to speak in a booming voice and engage in shouting exchanges with those around him. His unusual house,  resembling a fort-like block house, led to neighbours speculating that the General was still half-expecting an invasion.

The bricks of the subsequently dismantled house were sold in 1955 and used as pavers on the nearby Pine Ridge property. The special needs school in the neighbouring suburb of Holt is named after this property.