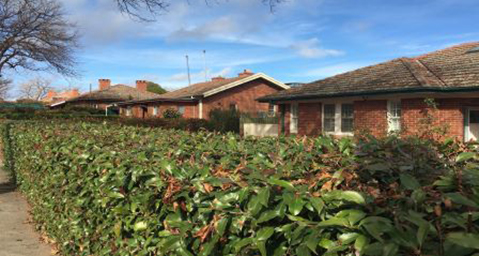 Houses in Doonkuna Street (above) behind hedges, an important part of the Garden City ideal.

Below (left to right) is an aerial image of Braddon from the 1920s, Gorman House from the Batman Street entrance and former students attending a talk in the library of Ainslie Primary in 2013. 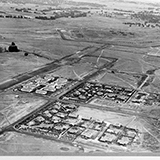 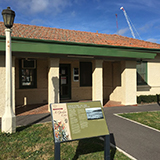 Opening in the 1920s, Coggan's Bakery (above) was designed in the Inter-War Stripped Classical Architectural style.

Below (left to right) is a close up detail of the former Coggan's Bakery which closed in 1991, Ainslie Hotel once trading as Olims is now the Mercure, and the former Ainslie Infants School, opened by Prime Minister Bruce, is now an arts centre. 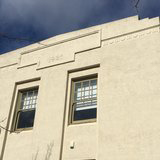 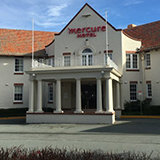 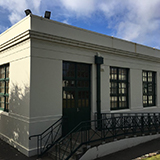 The Braddon Heritage Precinct is bound by Donaldson, Currong, Batman and Elimatta streets. The first stage of the precinct was constructed 1921-22 to meet the urgent need to provide housing for lower income public servants and workmen to facilitate the building of the Civic centre and the establishment of the capital.

The subdivision was originally named the 'Ainslie Cottages Project' prior to the naming of the suburb and is the first expression of the Garden City Concept in Canberra. Other notable sites within the suburb that are on the ACT Heritage Register but outside this precinct are Coggan's Bakery, Gorman House, Ainslie Primary and public schools and Hotel Ainslie, trading at the Mercure Hotel. The suburb name was gazetted in 1928 after some buildings were already named with Ainslie in their title. Sir Edward Braddon from Tasmania was one of the Founders of the Constitution and the streets are named after Aboriginal words, legislators and pioneers.