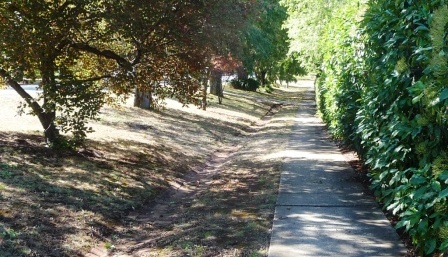 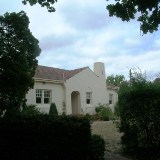 Griffith and parts of Forrest were named Blandfordia 5 by Walter Burley Griffin after a native species, one of which, the Christmas Bell, features on Canberra Tracks signage in heritage precincts. It was planned as a suburb for upper class public servants with families on a higher income. The precinct is bordered by Bouganville Street, Flinders Way, Monaro Crescent, Arthur Circle and Furneaux Street.

The Garden City planning principles came to Canberra from England in 1925 and were aimed at providing a pleasant urban environment. The houses, with architectural styles borrowed from Spanish, Dutch, Californian and English Arts Crafts movements, were separated, mainly single storied with hedged spacious yards. The street names feature prominent explorers of Australia.

Enjoy a walk through the precinct using the National Trust's Blandfordia 5 brochure (PDF).