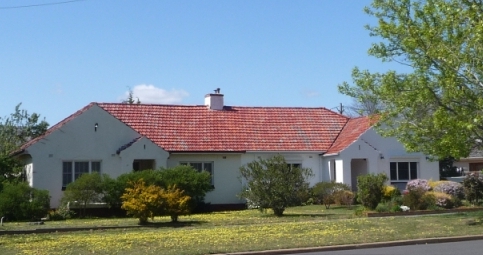 This house on Leichhardt Street is part of the Kingston Heritage Precinct with a sign (below left) across the road at the oval. The Kingston and Barton Residents Group often runs tours (below centre) during the annual Heritage Festival. A sign on the corner of Eyre and Kennedy Streets (below right) is the site of the Printers' Quarters. 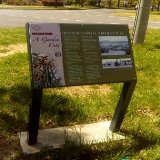 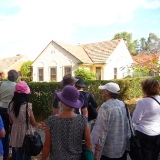 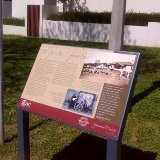 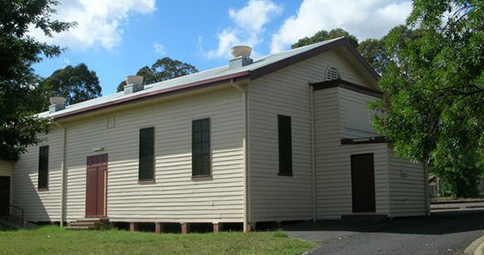 Other sites outside the heritage precinct that are on the ACT Heritage Register for Kingston include Causeway Hall (above), The Power House (below left), Canberra Baptist Church built in 1929 (centre) and the Former Transport Depot, home of the popular Old Bus Depot Market (below right). 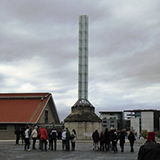 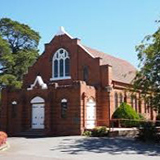 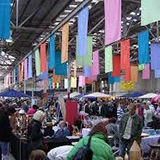 Kingston's Garden City heritage precinct comprises housing on sections 15, 16 and 17, bounded by Dawes, Howitt, Kennedy, Leichhardt streets and Burke Crescent. This precinct is the only part of Kingston's housing that has not been redeveloped for strata-titled units. It contains mini-parks on corner blocks, Sequoias, old street pillars, vintage fire hydrants and light posts. the mirror image housing designs were constructed in 1926-27 to accommodate lower ranked public servants and workman for the opening of the provisional Parliament House in 1927.

Named after the premier of South Australia 1893-99 Charles Cameron Kingston KG, the suburb was gazetted in 1928. The theme of the streets is explorers.

The Causeway Hall opened in 1926 before Albert Hall (1928) and the Provisional Parliament House (1927). It was the venue for a wide variety of events: from dances and boxing matches to church services and screenings.

The Power House, designed by John Smith Murdoch, opened in 1915 and in its early days was one of the few places lit up all night, to have a phone and produced the only ice in Canberra. It was the first permanent building in the Federal Capital Territory and closed in 1957.