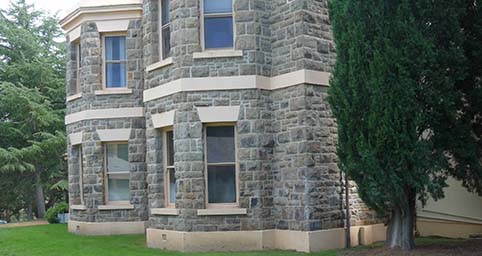 This is the latter 1883 sandstone extention to Gungahlin Homestead. CSIRO are the current landlords to the Homestead, its outbuildings and the complex between the Barton Highway and Bellenden Road. Soldier On, who supports men and women who have been physically or psychologically affected by their military service, currently use the premise. The buildings cannot be visited or viewed close up. The sign below right is on Bellenden Road and the ACT Heritage Commission plaque is near the front entrance of the homestead. The staircase below gives you an idea of the interior of the homestead. 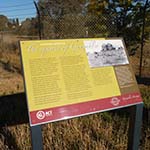 From the Blacksmith's Workshop drive east towards Canberra on the Barton Highway for about 3.5 km. Turn left into Bellenden Street.

From the Visitors Centre return north on Northbourne Avenue. Turn left at the Barton Highway and continue 2.5km. Turn right into Bellenden Street.

Gungahlin is associated with large landholders, known as 'squires', and their families. They were influential in the local community in the late 19th and early 20th centuries. Squires included William Davis, who built the original homestead, which he named 'Goongarline', and Edward Crace, who built the addition, that made the homestead into a grand English style residence, known as 'Gungahleen'.

With its original buildings, rear courtyard, garden areas, carriage loop, miniature lake and driveway, the Homestead site forms a cultural landscape which is evidence of the desire of the residents of that era to re-create an English park-like style.

The first private telephone in the district was installed at the Gungahlin homestead after Crace agreed to pay the cost of extending the line from the Ginninderra Post Office to the house. 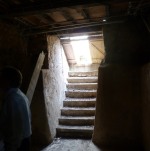 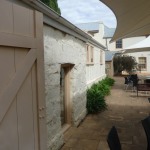 Open Hours:
Closed to the public.