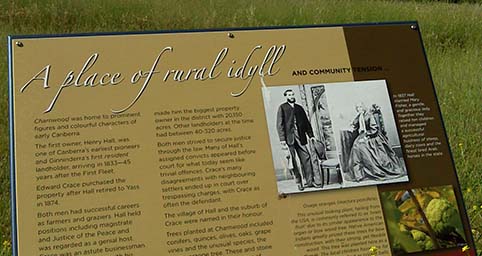 Some of the largest olive trees in the ACT and other exotic trees mark where Charnwood Homestead once stood. The strange osage tree can also be seen at the CSIRO fence line to the north. Binns Street, just off Shakespeare Crescent, leads to an entry to Dunlop Grasslands and a sign with information on the soldier-settler blocks (below centre) established here after the World War I. Walk past the gate. The old pines are a good indication of where these plots were. 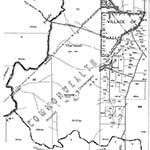 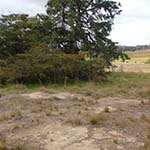 From Dunlop return to Kerrigan Street and head north. Turn left into Shakespeare Crescent. Park near the Rogers Street intersection.

As the homestead for the district’s first resident landholder, Henry Hall, Charnwood is an important site in understanding the early pastoralists. Named after the Forest of Charnwood in Leicestershire England, the property’s stock was mainly sheep, with some dairy cows and even some donkeys and angora goats. Hall was said to have imported some of the best Arab horses that came to the colony. The Village of Hall takes its name from Charnwood’s resident.

Crace extended his vast ownership of land in the region when he purchased Charnwood. It was during this time, in 1892, that a hare drive resulted in 400 hares being shot.

World War I veteran Eric Bonafield took up a lease here in 1922 on one of the many soldier settler blocks in the Ginninderra District. His portion was where the old Charnwood Homestead stood. Sadly, today there is very little to see of the old building.

Listen to a short audio of Mark, Henry Hall's descendent