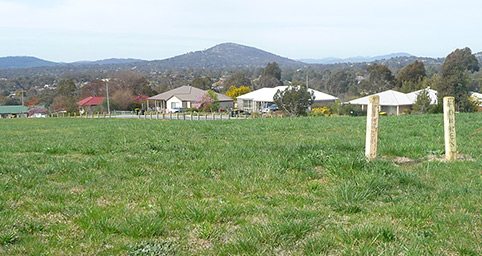 The new and old come together here at the Stromlo Forestry Settlement. The street in the settlement named Dolly McGrath Street is in memory of the fatality that occurred here in the fires of 2003. At the time of her death, Dolly had three grandchildren and seven greatgrandchildren. 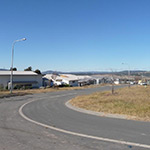 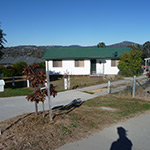 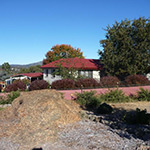 From the Weston site continue north on Calder Crescent, turn left into Twynam Street and right into Dixon Drive. Turn left into Streeton Drive and left into Cotter Road. Take the next left into Settlement Drive and follow this around to Forestry Street.

From the Visitors Centre drive south over Commonwealth Bridge, around Parliament House then take the left turn after the Royal Australian Mint exit onto the Cotter Road overpass. Turn left into Settlement Drive to Forestry Street.

The oldest house within the Stromlo Forestry Settlement was built around 1928 for Ranger Southwell. Twelve years later the first phase of job-tied housing was constructed, with houses reserved for forestry workers and their families. The settlement continued to expand until 1972, by which time there was a large range of weatherboard houses, a forestry depot, headquarters, and recreation features.

The 2003 fires caused extensive damage, including the destruction of 17 homes - only three survived - and all other buildings associated with forestry. New housing can be seen at the settlement site. See if you can spot the three older houses. These remain private residences, so respect their privacy.